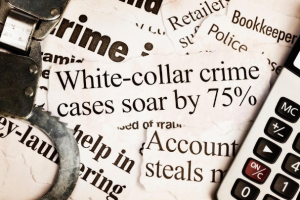 If you’ve just won a big lottery prize, you have a lot of cash but you might not know exactly what to do with it. Unfortunately, there are many people who would attempt to take advantage of your position –lottery winners can be bombarded with investment offers, requests for capital loans or donations, and a variety of other financial proposals.

If you’re a lottery winner, it’s wise to be careful, as even close friends and financial professionals may attempt to take advantage of you, perhaps thinking that you may not be savvy enough to refuse their requests to invest in a fraudulent business or investment scheme. In other cases, individuals may seek to gain large commissions by selling you unsuitable or overly expensive investments, even if the investments themselves are not fraudulent.

In order to protect against these and a variety of other situations, lotto winners and their immediate family members should take precautions. However, in order to effectively prevent fraud, you have to be able to recognize it first. Here are a few ways to spot it:

1.You’ve purchased an investment marketed as “risk free,” “unlimited wealth potential,” or described in other exaggerated and unrealistic terms

In addition, investments advertised as consistently making more than 15-20% per year, especially if they are also advertised as “low or no risk,” may also be fraudulent or, at the very least, use extremely misleading advertising. While it’s true that some investments do make 15-20% a year or more, this is the exception, not the rule. And in most cases, these high-return investments can be quite volatile, losing and gaining a large amount of value in short periods of time. It’s important to note that the average return of the S&P 500 (the most informative index of the stock market) is around 10% a year, so investments advertised as generating significantly more than that on a consistent, risk-free basis are nearly always bogus.

In many cases, scammers target lotto winners by calling them and telling them that they are now eligible for additional prizes – but to receive them, they’ll have to give the caller personal information, such as credit, debit, or social security card numbers. State authorities in North Carolina say that one or more scammers have been specifically targeting North Carolina lottery winners in an attempt to convince them to purchase pre-paid debit cards and give away their card numbers, simply so the scammers can use them later.

3.You’ve invested in a friend’s, family member’s, or stranger’s scheme only to see little in the way of real business plans or financial reports

When it comes to lottery winners investing in other people’s businesses, there’s a fine line between incompetence and fraud – and often it can be hard to tell the difference between the two. As a lotto winner, you may find yourself bombarded by requests from friends, family, and even strangers to invest in their businesses or ideas. In most cases, this is a very bad idea; however, if you do decide to invest in a small business or startup, try to look at a few factors first:

In some cases, lotto winners invest large amounts of their fortune into the businesses of friends or family members, only to see the money disappear due to mismanagement or business failure. While this isn’t fraud, it’s not a good choice either. However, in many other cases, ill-intentioned individuals ask for money to start or grow a business, while in reality, they use the money purely to enrich themselves – either by taking it directly, giving themselves a large salary, or other underhanded techniques.

4.You’ve invested money with a broker or financial advisor who is not licensed by FINRA, has a suspended or terminated securities license, or a history of securities industry violations

With comprehensive tools like BrokerCheck, a free service provided by the Financial Industry Regulatory Authority (FINRA), you can research the career history of any broker with the click of a button. Thus, there’s no reason to choose a less-than-reputable financial advisor for your investments. Tools like BrokerCheck can show you any past violations, suspensions, fees, fines, settlements, or complaints against a financial advisor or a firm, which can help you make an informed choice about whom you’d like to invest with.

5.You’ve started investing in a company or fund and received extremely lucrative returns. However, whenever you want to withdraw money, you’re told you have to wait and are encouraged to reinvest the funds

The concept behind “pump and dump” scams, otherwise known as “Ponzi schemes” is probably as old as time itself; an “investor” recruits other investors into an unprofitable business or fund, and uses the investments of new members to pay off earlier investors, all while generating a large profit for themselves. However, when too many people want their money at once, the fund goes “belly up,” as it does not have enough money to actually support the false account balances it has been giving investors.

Therefore, if you’ve invested money into a fund or investment scheme and you are unable (or it’s become increasingly difficult) to withdraw your money, you could be the victim of a serious fraud. If you think you’ve become a victim, you should attempt to get as much money out of the investment as possible, contact an attorney, and potentially contact FINRA, the SEC, or your state securities department.

6. You’ve suddenly made a ‘new friend’ who begins to offer you investment advice, or attempts to convince you to invest with them

When you’ve just won the lottery, making new friends can be a risky bet; and one well-known lottery winner found this out the hard way. British lottery winner Keith Gough won millions but was nearly broke by the time of his death. He was famously duped out of more than $700,000 by fraudster James Prince, whom he had met while doing a stint in alcohol rehab. Prince had convinced Gough to invest in a string of fake business schemes, and had instead taken the money for himself.

In many cases, lottery winners are targets of fraud because they have a lot of newfound cash and little experience with how to handle it. Scammers and fraudsters take advantage of their victim’s trust, naiveté, and, most importantly, their ignorance. Ignorance, however, is preventable, and simply taking a little time to educate yourself about common scams can pay huge dividends in the future.

To learn more about how to protect your lottery winnings or to set up a structured payment customized to your financial needs, contact NuPoint Funding today for a free consultation.

Did you find apk for android? You can find new Free Android Games and apps.